Hello my fellow bookworms and page turners, today’s post is a compelling interview with the lovely Author  of Crime, Ruth Dugdall. Fate seems to like to put amusing twists into my life, as I was unfortunately detained on the 1st of July when Ruth came to Head in a book, and did a book reading of her recent novel Humber Boys B, which I was pretty upset about, as I was looking forward to it. then in a twist, all of a sudden I was lucky enough to attain an interview with Ruth through the help of her fellow crime writer Nick Quantrill. I honestly can’t believe my luck!, I am super grateful to you both for helping me, and the other for allowing me this opportunity to ask you my quizzie questions.

So without further ado, let’s crack on with the interview!

Please introduce yourself to our readers, tell us what inspired you to be a Crime fiction writer?

I’m Ruth Dugdall, and I’ve just published by 5th crime novel. I first entered a prison when I was a teenager, taken there by my local youth worker, to help him run drama workshops. I was studying English Literature and Theatre Studies at the time (at Warwick) and thinking I would go into journalism, but this experience altered my path. After graduating, I trained as a probation officer, but my love of books (and drama) was still active, so it shouldn’t really have surprised me when they merged and I began to write crime fiction.

Do you have any method to the madness that is writing? do you plan, and jot or does it just pour out as a unrelenting torrent of words?

I like to call myself a `method writer` (I think Chuck Palahniuk coined the phrase) which means that I write the things I’m seeing and feeling in that moment. So I write when I’m happy, sad, drunk…anywhere, everywhere. I’m not a planner, and as a way of working I often have to lose a lot of words, but I prefer my writing to be more spontaneous. I like that I don’t know where a character or plot line is going to take me.

Which authors have been your main inspirations?

Back at Warwick, it was an all-male line-up: Chaucer, Shakespeare, Webster, Milton… it was only when I chose an option entitled `feminist literature` that I got to meet Margaret Atwood, Jeanette Winterson, Daphne Du Maurier, and that was a ground-breaking moment for me, which makes me feel sad too. I was a serious reader but really hadn’t read many women. For years after that I gorged on female writers, and I’d still say they are my preference. I love Donna Tartt and Gillian Flynn, and I also have a soft-spot for Anita Shrieve. Apparently, I prefer American authors too!

Do you think that the illustrated cover plays an important part in the book buying process?

I think a cover is hugely important, and I’m very vocal (with my UK publishers, at least) about what I think to a design. It can make or break a book, and the only cover I’ve really fallen out with my publisher over is The Woman Before Me, which is why there are two covers (you can see them both on Amazon). 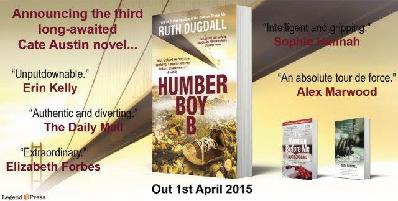 Given the strong emotive plot of your novel Humber Boys B, did you find it difficult to write, considering how difficult it must be to feel the emotional conflict of Ben?

I was worried that I would find it difficult to write, which is why I’d hesitated over it despite first having the idea many years ago. But to write is to take control, (all that stuff about the mightiness of pens is true!) and I felt that I could finally draw conclusions and explore ideas that had been bugging me for a long time. In the end it was a very quick novel to write, it came out almost fully-formed, and I think that’s because it had been growing in the back of my mind for so long.

What was your inspiration for the story of Humber Boys B, was it an amalgamation of headlines or one particular instance that sparked the notion?

I worked for 2 years on a special unit that housed young men guilty of `grave` crimes (murder, rape, manslaughter). It was a wonderful experience, but also fairly draining, and inevitably some things that I encountered in that time have seeped into the novel. But Humber Boy B is a work of fiction, and the case is made up.

Could you please give us a spoiler free rendition of what to expect, in your latest work , which is due for release later this year? 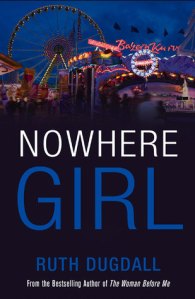 When Ellie goes missing on the first day of Schueberfouer, the police are dismissive, keen not to attract negative attention on one of Luxembourg’s most important events. Probation officer, Cate Austin, has moved for a fresh start, along with her daughter Amelia, to live with her police detective boyfriend, Olivier Massard. But when she realises just how casually he is taking the disappearance of Ellie, Cate decides to investigate matters for herself. She discovers Luxembourg has a dark heart. With its geographical position, could it be the centre of a child trafficking ring? As Cate comes closer to discovering Ellie’s whereabouts she uncovers a hidden world, placing herself in danger, not just from traffickers, but from a source much closer to home.

And finally, what are you reading?

I always have several books on the go at one time, I’m in 3 book groups and I read for my own pleasure too. Right now it’s Phillipp Meyer’s `The Son` (book group), and Paula Hawkin’s “ (pleasure).

If you wish to find out more about Ruth, you can follow her on Twitter, and have a look at her Official Website, all of which are listed below.

Until next time, read more books..