Hello again my fellow bookworms, and page turners! It is time for another instalment of what is on my bookcase, and have I got an awesome set of 5 books for you today! 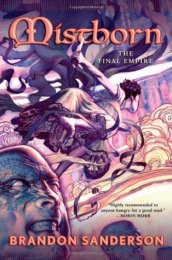 In a world where ash falls from the sky, and mist dominates the night, an evil cloaks the land and stifles all life. The future of the empire rests on the shoulders of a troublemaker and his young apprentice. Together, can they fill the world with color once more? (Blurb: Goodreads)

#7 Prince of Thorns (The Broken Empire #1) by Mark Lawrence

Before the thorns taught me their sharp lessons and bled weakness from me I had but one brother, and I loved him well. But those days are gone and what is left of them lies in my mother’s tomb. Now I have many brothers, quick with knife and sword, and as evil as you please. We ride this broken empire and loot its corpse. They say these are violent times, the end of days when the dead roam and monsters haunt the night. All that’s true enough, but there’s something worse out there, in the dark. Much worse.

From being a privileged royal child, raised by a loving mother, Jorg Ancrath has become the Prince of Thorns, a charming, immoral boy leading a grim band of outlaws in a series of raids and atrocities. The world is in chaos: violence is rife, nightmares everywhere. Jorg has the ability to master the living and the dead, but there is still one thing that puts a chill in him. Returning to his father’s castle Jorg must confront horrors from his childhood and carve himself a future with all hands turned against him.(Blurb: Goodreads)

It was the last great science hero fight, but the energy blast ripped a hole in reality, and birthed the Empire State – a young, twisted parallel prohibition-era New York.

When the rift starts to close, both worlds are threatened, and both must fight for the right to exist.(Blurb : Goodreads)

It’s an offer you can’t refuse.

Who would not to wish to be the man in charge of Ankh-Morpork’s Royal Mint and the bank next door?
It’s a job for life. But, as former con-man Moist von Lipwig is learning, the life is not necessarily for long.
The Chief Cashier is almost certainly a vampire. There’s something nameless in the cellar (and the cellar itself is pretty nameless), it turns out that the Royal Mint runs at a loss. A 300 year old wizard is after his girlfriend, he’s about to be exposed as a fraud, but the Assassins Guild might get him first. In fact lot of people want him dead
Oh. And every day he has to take the Chairman for walkies.
Everywhere he looks he’s making enemies. 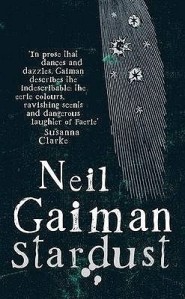 Stardust is an utterly charming fairy tale in the tradition of The Princess Bride and The Neverending Story. Neil Gaiman, creator of the darkly elegant Sandman comics and author of The Day I Swapped My Dad for Two Goldfish, tells the story of young Tristran Thorn and his adventures in the land of Faerie. One fateful night, Tristran promises his beloved that he will retrieve a fallen star for her from beyond the Wall that stands between their rural English town (called, appropriately, Wall) and the Faerie realm. No one ever ventures beyond the Wall except to attend an enchanted flea market that is held every nine years (and during which, unbeknownst to him, Tristran was conceived). But Tristran bravely sets out to fetch the fallen star and thus win the hand of his love. (Blurb – Goodreads) 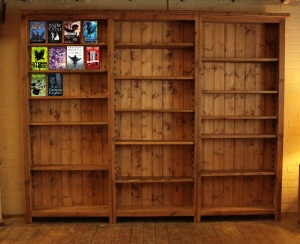 Have you read any of these? What did you think? … I think they looks pretty spiffing on my shutterstock bookcase, what about you?..

Until next time, read more books!..