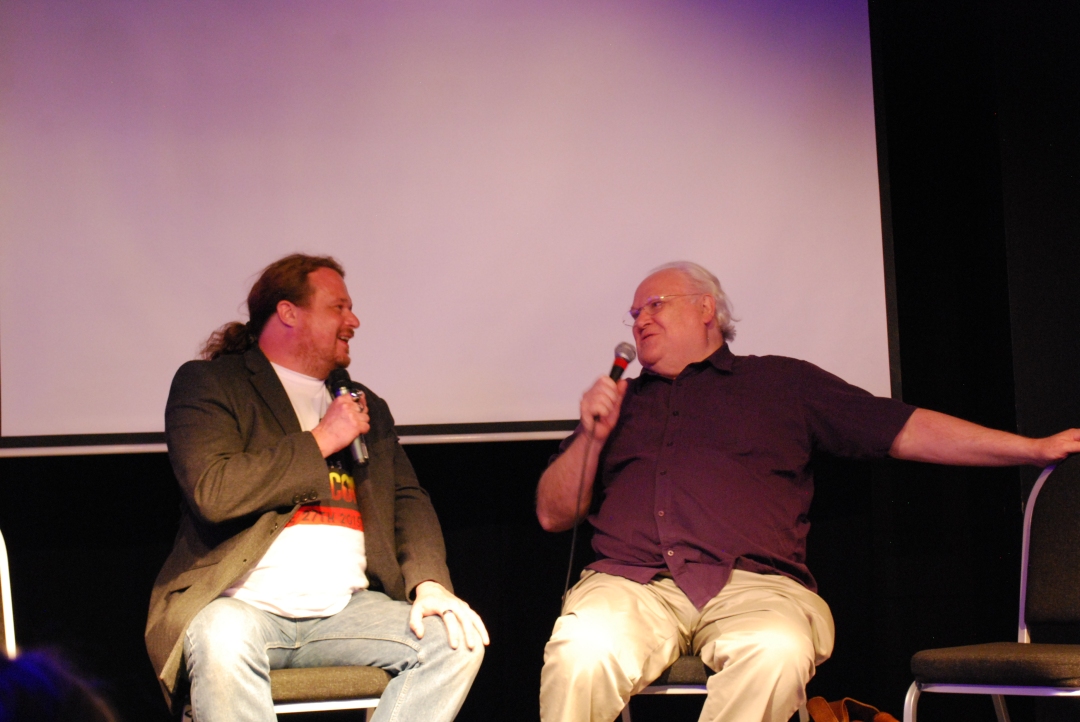 Hello my fellow Bookworms and Page Turners, This is my last overview of the Hull Comic con, and it was

the 3rd pannel of the day.. and it was in my opinion, by far the best! It was one of the Legendary actors of Dr Who, Colin Baker!.. and as the interviewer said, he needs no real introduction, so please sit back and enjoy my video of the event! which can be found below!

Alas.. tragedy struck as the questions where about to be asked.. unlike the Tardis… my phone memory is not bigger on the inside! but never fear! I took my trusty notepad with me, and with a little bit of manic claw hand movements, I had it and managed to get them all written down for you all s here we go! 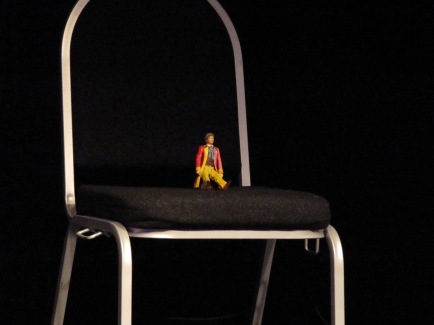 What is your Favourite Dr Who Race / Monster?

Well you see I have a rule that doesn’t allow my to use the F word, as i have seen so many over the years its very difficult to pick a favourite. However for you I will make an exception… Right which is my favourite?.. well i would have said the Weeping Angels, BUT they are far too easy, i mean clearly they where dealt with a inferior doctor.. do you know how to deal with them?… *Audience is silent* well you do this *proceeds to close one eye, and then the other in close succession* and then while you are doing this they cant possibly get you! – anyway my favourite would have to be The Slitheen!

Who made you strangle your companion straight after your regeneration?

Well, the writer.. When Peter Regenerated they made him exhausted and he was carried around by his companion for a couple of episodes, when the Dr regenerated into me it was the opposite similar to Capaldi, I was energized, Manic and a little unruly.. what was worrying to the fans is they saw the scene and then there was quite the gap before the season started. So they where all worried about this Brain scrambled doctor.. but they had a small clue as at the end I did say *dramatic voice*

“I am The Doctor! Whether you like it or not!”– Colin Baker

What was it Like on your first day of Dr Who?

It was brilliant! I know it sounds strange but it was much better then playing a bit part, when I have done a bit part, I am always much more nervous, you only have one shot at getting it right, and the scene and atmosphere is set by the lead actors, but in Dr Who I was the lead actor, so I made the atmosphere suit myself, I was nervous of course I was, but I loved every minute of it.

and finally, In the 50th Anniversary, what where your thoughts when Tom Baker popped up?

It was a bit odd, we were all sat together at the Party the BBC had set up for us along with the companions, and it was a little awkward. Most of us talk, and we had discussed it a few weeks before if any of us had heard anything. But when it came to it we understood a older Doctor Who wouldn’t be necessary to have a tie in.  But then there was Tom at the end playing the curator and not the doctor, and whatever way you look at it, he is the Doctor not a curator.. it was all very Odd..

This concludes my cover of the Hull Comic Con, I had a lot of fun and I really enjoyed the panels that I managed to get into, there was a lot of awesome Cosplays too. Hopefully I will be able to get to the next one, but I know Fantasy Con is coming up soon. If I can I will cover that if people are interested.