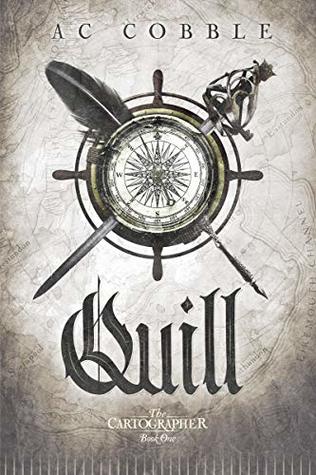 And now for something a little different, if I was to try and describe this book I would say it’s a strange hybrid of a Sherlock Holmes murder mystery, in a magic/steampunk world where the investigaters are rougish gentleman who is the son of a king and a dagger weilding assasin priestess.

Our story begins when a body has been found in the tiny town of Harwick, a sleepy place where normally nothing much happens. But this isnt your typical rape or murder, oh no this scene reeks of dark sorcery. Because of this the crime is deemed to big time for the average bobby and Crown is alerted, and operatives are dispatched to investigate.

The story is told mostly from the points of view of the two main characters, Duke Oliver Wellesley and our dagger wielding priestess Samantha. Neither character wants to be an investigator on this case and are forced to participate against their will. However, once they get involved they can’t drop the case even after being advised, ordered or threatened which gives it a slight buddy cop movie vibe.

The additional points of view that are given by the occasional side character put the reader in a more informed positon than our main characters. However, despite this it still does a good job of keeping us on our toes and in the dark as to who the true party is from the list of suspects.

I feel I must mention however, that the depiction of some of the female characters in this are closer to that of a nymphomaniac caricature than an actual real human, which I understand will not be to everybody’s taste. There are also a number of sex scenes, some of which are particularly graphic so it could lead to some potentially awkward situations if your reading this one in public.

Despite this, the book itself is a real page turner, it is well written and has particularly good descriptive prose. The environments and world were interesting and had a number of unique elements. Overall I had fun reading it (minus the explicit sex scenes, they were a bit awkward), so I will be picking up number 2 of the series.