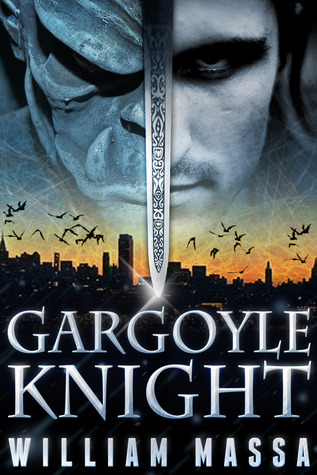 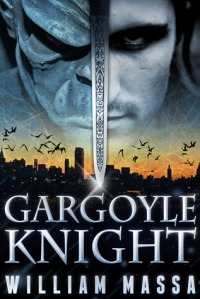 I have to admit, I did like this book I really did, but I am not sure I liked it for all of the right reasons. The introduction to this story was amazing, it set up a great background and potential character clashes, as we join a Kingdom being attacked by an army of Gargoyles, only to be saved by their King who gives up his own humanity to become a monster himself in order to save his people from the terrible onslaught, and defeat his evil brother Cael by smashing the Eye of Baylor, which is the source of his power. and then…

one thousand years later, inside a museum in NYC (New York city) an archaeology student called Rhianna cuts herself and spills drips blood onto the shattered remains of the Eye of Baylor that her father has just placed in an exhibit, highlighting what he believes to be an ancient myth. Her blood restores the Eye of Baylor to its whole form, and that’s when the horde of Gargoyles that have slept for centuries, suddenly awaken.

wait a second.. gargoyles in modern day New York.. magical crystals.. lost civilisations I feel like I have heard this story before somewhere..

Right then and there I found myself staring at the page, and then there I was back in the mind of my younger teenage self watching Disney’s Gargoyles.. and that was it from then on I couldn’t help but think of Artan McKeltar, king of Kirkfall as Goliath, the main character of the Disney series. and thus my amusement began.

The king awoke, in a hidden area of central park, New York. But instead of being overwhelmed by the noise, smells and oddities that have come about over 1000 or so years. none of it alarms him; he has seen its development as in a dream, while he was trapped in the stone form of the creature he became before his imprisonment. Which is a very odd mechanic, and I felt this was a very lazy and somewhat boring way of setting aside character development, in order to get on with the plot which for the moment into me was very mundane. The relief of his freedom is however short lived as he realizes the stone must have been restored meaning Cael his evil semi-vanquished brother, would also have returned.

So in order to prepare for his brothers return the king seeks out a mystical sword, in order to end it once and for all, on his quest for the sword he crosses paths with Rhianna, who eventually agrees to help him, after he has opened her eyes to the danger that is now loose in the city. As the story progresses it becomes apparent that Artan also faces another problem, his own gargoyle nature is beginning to make him lose the humanity that he was left with. Can he turn things around, and exact the vengeance on his brother that he should have had in the past, before he becomes like his evil sibling?

The Characters were all very well thought out, they displayed a mix of confusion, urgency, and fascination with the modern age, which was a slight contradiction of the initial set up that they took it all in their stride, but these little idiosyncrasies eventually levelled that issue out the issues with character development. The descriptive prose especially in regards to the transformation sequences and battle scenes were horrifically perfect, to the point that you could picture blow by blow what was occurring while reading (but it was still tainted with the Disney cartoon for me).

So in Conclusion, the premise was well Disney’s Gargoyles, but I liked the idea of the ancient Celtic King, and his twisted brother waged wars centuries ago, but I’m not sold on the setting and some of the plot points where far to cliché and predictable. But its well written, and I have no doubt in part plays homage to the Disney cartoon, clearly the author was as big of a fan as I was as a Teen.

Until next time, read more books!….